THE DAY THE PLANET DIED IN LIMA 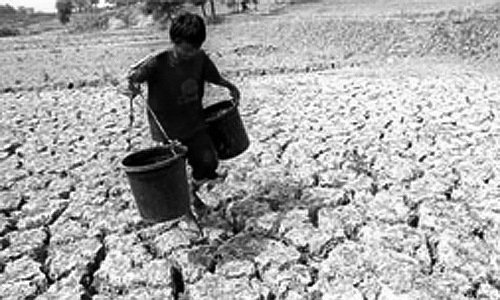 THIS Conference of Parties-20 Lima, Peru, will be remembered as the day the planet died.

Killed by the power of corporate-polluters and the governments they control. Sadly but expectedly by there were no binding agreements to mitigate climate change.

No goals and targets -- just more paper to affix a signature for the COP process to continue its game and rhetoric.

Sadly, even the peoples of the world are looking down on the United Nations.

This negated the historic climate march by the millions in New York -- attended by all classes in our society. Both rich and poor, young and old, -- peacefully to demand climate justice, demanding our right to life, not only in the constitution and the laws made by man both natural and religious laws. The right to a healthy and clean environment, the right to life.

During the conference typhoon Ruby was ravaging the country. The typhoon drew headlines and the limelight was on the Philippines once again.
Yolanda devastated us and put us to the ground. Thousands died and lives changed forever.

That was on our minds during the COP talks in Lima, Peru.

Perhaps it was also in the minds of the COP members -- sadly and without a conscience of guilt.

We dare say the agreement signed was a declaration of death. A death warrant for the planet and for all species that inhabit the planet earth.

The Lima participants were aware of the stories of the typhoons, the droughts, even the freak storm in San Francisco.

Yes, they knew the ice and glaciers have been melting. In fact they are melting faster than ever before.

Yes, they also know that more than two billion people have no access to water and sanitation.

Yes they know that water and food are getting scarce.

Yes they know that the war for resources is accelerating and Arab springs are in every continent.

Yes they know that islands will be sinking and people displaced.

Yes they know that atmospheric carbon dioxide has breached the 400ppm mark and that to get back to 350ppm needed to sustain life will never come.

The death warrant signed in Lima was to be sealed by vicious climatic changes.

We cannot wait for them; nor for COP 21 in Paris.

We don’t have the luxury of time.

We have passed the tipping point.

We need to protect our country and people.

We need to add more forest rangers and plant a billion trees and more.

We need to go renewable and show the world that we can lead the way.

Just like after typhoon Yolanda we rose from the dead. We showed the world how resilient we are.