CLIMATE CHANGE AND THE LAND OF PROMISE 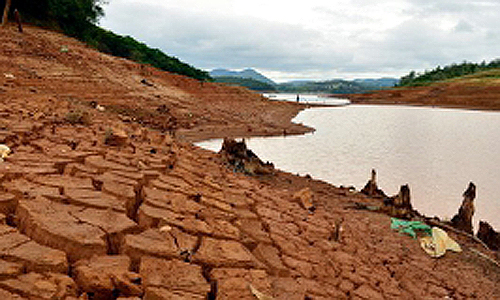 All this talk about reducing carbon dioxide emissions is something that we hear time and time again.

We heard it during the totally disappointing Conference of the Parties on Climate Change last year in Lima, at the climate march held in many cities in the world, after Pope
Francis’ visit last month to typhoon-ravaged Tacloban, and in US President Barack Obama’s call to reduce greenhouse-gas emissions.

We are hearing it again.

I have just returned from the big island of Mindanao. I visited six provinces—Davao del Norte and del Sur, North Cotabato, Bukidnon, Misamis Oriental and Lanao—and saw the richness and bounty of the Land of Promise.

We went to Mount Apo and visited Lake Agco in North Cotabato, a lake so rich with thermal energy. The forest is still lush but there are signs of logging and development of the wrong kind.

In Davao City I was amazed at how orderly things were. The speed limit is 30 kilometers per hour and it is a no-smoking city. There is a night market, and establishments and bars are closed by 1 a.m. Everywhere, peace reigns.

We took the Buda road from Davao City and crossed to Bukidnon. Passing the cities of Maramag, Valencia and Malaybalay, we saw the richness and biodiversity of the land and the simplicity of its people. The road ends in the city of Cagayan de Oro and the sea.

The Land of Promise is still the Land of Plenty. We went to Lanao and met with my Muslim friends. It was great to see Christians and Muslims living alongside each other in peace.

Mindanao used to be a typhoon-free island—thus the vast banana and pineapple plantations. But of late it has been visited by storms such as “Sendong.” Due to the torrential rainfall it brought as well as the unabated logging, new rivers were formed and devastated parts of Iligan and Cagayan de Oro.

The Philippines is ground zero in the climate change catastrophe. And the world and the COP must reduce greenhouse-gas emissions and restore carbon dioxide to the 350 ppm needed to sustain life.

We are already at the tipping point and there is no more time to waste. Let the Land of Promise become once again the Land of Plenty and Peace.