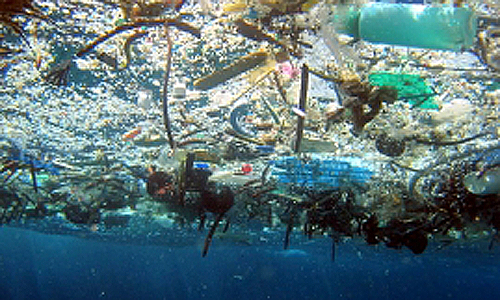 AS I write this, the worse drought is plaguing Brazil and is destroying her agriculture and biodiversity.

Home of the great Amazon forest the richest and most diverse forest in the planet and one of the biggest carbon sinks the planet has.

It seems that climate change has reached her shores and more.

I remember the time when Chico Mendez, the environmental activist, was killed for his efforts to save thegreat Amazon forest.

Since then, so many environmentalists have suffered from the same fate. Many have been killed for advocating and protecting our environment.

The Philippines is no exception. We rank high in the list of slain environmentalist.

As I continue to write this, the United States is still suffering from subzero temperatures as winter storms continue to batter her.

There is no stopping this. It will happen every year and will get worse.

The only way to stop this carnage is to mitigate atmospheric carbon dioxide and combat climate change the real way. Just STOP emissions and go renewable.

Our oceans are the next to be destroyed. The Financial lime reported that our oceans are soiled by over eight million tons of plastics every year.

This is no joke as the oceans not only sequester carbon dioxide but harbor a multitude of species of marine life.

They produce food and supply livelihood to billions of our people.

The destruction of our oceans have reduced species in the wild and have made them culture salmon and other species of prawns and shrimp.

Yes, we are against the culture of species in the oceans especially as they feed them with artificial feeds. This has caused more damage to the oceans and the reduction of fish catch in the wild has increased the cost of this free resource.

We used to culture black tiger prawns in the 1980s during the boom and demand for the exotic species until we realized that amount of bacteria and poison that this culture was doing.

The waste and bacteria would not only destroy the ponds but the waste water would destroy the seas and the mangrove forest when the ponds are drained.

The PH had to be over seven, meaning the water is alive and contained oxygen.

Today, our oceans have countless dead zones and gyres that have a PH of less than seven meaning they are dead. The amount of dead zones are expanding and the number of gyres are increasing as wall.

In one of our dives, we noticed the proliferation of jelly fishes and no sign of fish. This meant that the sea water was dead and the PH was below seven with zero oxygen.

We reported this to the authorities and they replied by sending a crew to check the area out.

I do hope they have resolved the pollution.

The fact is, we have only two massive ecosystems that feed and give this planet life as well as sequester the carbon dioxide.

It is not enough to reduce GHG only we need to sequester the carbon and stop adding more.

Let us save our ecosystems and we can save our planet.