THE LAND OF PROMISE 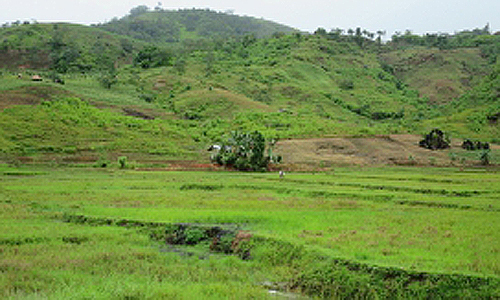 EACH time I travel the Buda mountain road from Davao City to Cagayan de Oro, I can feel the wilderness and its biodiversity.

It may not be as diverse as it used to be but just travelling to the center of the island of Mindanao is always a marvel -- traversing Maramag, Valencia and Malaybalay all in Bukidnon then passing throughthe last mountain views until you see the sea that fronts Cagayan de Oro.

Davao is such a big city, it used to be the largest in the world in area but has been overtaken by Puerto Princesa in Palawan a few years ago due to expanding boundary.

Leaving the flat lands of Davao City and moving on to the hinterlands and mountain ranges that take about seven to eight hours is no easy ride. Yet the journey is such a thrill as one can see endless peaks and mountain covered clouds.

This trip was wet and foggy and what entered my mind was the time that typhoon Sendong devastated Cagayan de Oro and Iligan. Due to massive deforestation, the rains formed new rivers that formed their own path.

The rain waters did not follow the rivers but just made new ones as the lack of forest cover could not hold the heavy downpour.

I remember the many times I took this route -- it was filled with pristine forest and rivers and ravines with clear water.

What has happened to the land of promise?

It has been a victim of rampant deforestation and mining. Logging was the name of the game and mining was to kill the rest of the earth.

Most of the big plantations are here in Mindanao. From Pineapple to Bananas. Big farmers were here in abundance as NO typhoon would hit the island.

It was a typhoon-free island until global warming and climate change altered the weather patterns and their route today always hit Mindanao.

What a pity -- our land of promise has become a land of war and extraction, a land of bald mountains and poverty. A land of promise that has been destroyed by the greed of the people who logged and mined the island dry.

It is not too late to save her as she still has forest resources that can be restored and rehabilitated.

It still has resources so much so that big business is mining and logging here. Coal power plants are being built and that is sad. While the rest of the world is going renewable, we are still building the dirty fossil fuel plants of coal.

And for what and for who?

Why can’t they leave the island alone. Stop damming the great Maria Cristina Falls. It’s been dammed enough. Don’t destroy the great lake of Marawi and the land of the Maranaos, the people of the lake.

Then the colonization period came and with it came the many others who raped the island of its richness and made it a basket for the taking.

Leave the island alone so it can have lasting peace and become the Land of Real Promise.