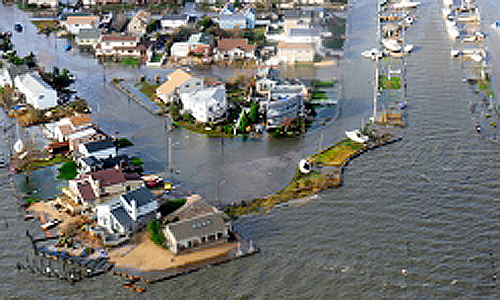 That super typhoon, the strongest on record had mystified the world’s scientists as its strength and devastation were like an atom bomb.

There are many more climatic records to be broken.

Scientists said the most remarkable thing about the 2014 record was that it occurred in a year that did not feature El Niño, a large-scale weather pattern in which the ocean dumps an enormous amount of heat into the atmosphere.

Even as more than 2 billion people live below the poverty line and have no access to water and sanitation.

The millennium development goals have never been achieved as our biodiversity continues to be destroyed.

Extraction and logging continue with the business-as-usual attitude of greed and power prevail for the rich few.

Pope Francis’ vow was fulfilled in Tacloban. Wherever he went, he spoke of the issues affecting the poor and the sick. The Pontiff did not hesitate to warn leaders in government to stop corruption.

And then, he spoke about global warming and climate change and how such would destroy the environment and God’s creation.

He spoke of the Lord who cries and the Holy Mother who will take care of the people and children in these most difficult times.

In addressing the victims and survivors of Yolanda, he spoke from his heart, giving them the strength, faith and hope that they are not alone, that they need to move forward and the Holy Mother will be with us all.

No amount of rain and even an incoming typhoon could stop the crowd from meeting the Pope in Tacloban. He made history and strengthened the resolve and faith of our people.

After his election to Papacy, he selected the name Pope Francis after Saint Francis, a rich and wealthy man who gave up all material wealth to help the poor and the environment.

Pope Francis was welcomed by hundreds of thousands of devotees in Asia's largest Catholic country.

The leader of the Christianity of over 1.3 billion people wasted no time to speak about the poor and the gap of inequality existing.

More than ever he spoke of hope and love and that there is nothing to be afraid of: “Jesus is here with us always.”

His messages will echo throughout the civilized world -- strengthening our faith and cleansing our soul for we are all one people under God.

Francis is the first Pope who spoke very strongly against global warming and climate change.

Visiting Tacloban and Palo was very important for him and sends a powerful message to every leader in the world as well as the people impacted by pollution and destruction of our environment.

It is expected that the Pope will issue a very strong statement prior to the COP 21 in Paris as he was very disappointed with what happened in Lima, Peru.

He prays and hopes that the COP leaders will have the courage to mitigate and win the war against climate change.

Pope Francis has touched our lives -- all of us. Whether Jew or Gentile, Muslim or Hindu, Buddhist or agnostics. His very presence and his words coming from the heart are words that Jesus has told him to deliver.

Last Sunday, the 18th of January, the feast of the Santo Niño, all roads led to the Luneta Park where the Pope celebrated his last mass in our country. Millions braved the rains and the incoming typhoon to see him and feel his blessings.

It was a scene not to be forgotten. People from all classes of life, religion and age, converged in every artery leading to Luneta.

His messages echo: “Learn to Live and Love. Be surprised to receive blessings from God. To help the poor and the sick and the environment.

“To have the courage to cry and weep and have hope for we are the missionaries of God.”

Thank you, Pope Francis, for moving us forward and blessing us all.

Let the world know of your love and compassion.

That the world will live in peace and harmony and that a better world is expected.