AND THE GLACIERS CONTINUE TO MELT 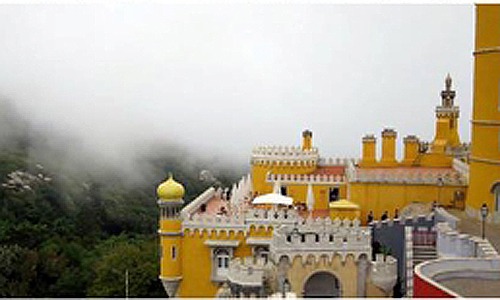 The recent United Nations conference on climate change in Lima, Peru, produced a discouraging agreement described as “definitely watered-down from what we expected” and “very weak indeed.”

The agreement states, among other things, that all pledges of countries on how they intend to meet their emissions targets would be reviewed—and not compared against one another—a month ahead of the scheduled signing of a global climate deal at the 21st UN climate change conference in Paris next year.

Wire reports say that by requiring action from each country, the Lima agreement will “fundamentally change the old world order that stymied earlier climate change talks.” But it’s not guaranteed to achieve its stated goal: “to slow the rate of global emissions enough to prevent the atmosphere from warming more than 2 degrees Celsius over the preindustrial average.”

I was a member of the International Union for Conservation of Nature Council in 1996-2004, the time when Swiss banks stopped lending money to ski resorts found not to have reliable snowfall.

According to economic geographer Rolf Buerk of the University of Zurich, as a result of global warming, ski resorts must be at an altitude of at least 4,265 feet to have reliable snowfall. “In the future, however, global warming is going to push the regular snowfall altitude to between 4,900 feet and 6,000 feet,” Buerk said, adding: “In Switzerland, several low-lying resorts are already having problems getting bank loans.”

This only shows how the planet is fast being destroyed by the present development model.

Months ago we traveled to Portugal and noted its healthy environment—the air was so clean and the water so abundant! Portugal uses hydro power and wind power, the second accounting for over 4 percent of its energy production.

The Portuguese use trams and electric buses for transportation. Electric buses ply the streets of the capital and largest city, Lisbon, and the municipality of Sintra, a Unesco Heritage Site known for its 19th-century architectural monuments.

One would be awed at how nature has merged strength and beauty in Portugal. The rivers north of Lisbon are so beautiful, and they power the hydro plants. The Tagus is known as the longest river in the Iberian peninsula.

Portugal has a suspension bridge similar to San Francisco’s Golden Gate Bridge, although longer. It was called Ponte Salazar, but after the Carnation Revolution in 1974, it was renamed the 25 de Abril Bridge, the day the 48-year dictatorship was ended in 1974.

Also etched in Portugal’s history is the 9.9 magnitude earthquake in 1755 that devastated the entire country and affected other neighboring countries, including Finland, Spain and Morocco. Yet, through the years, Portugal has risen, but perhaps with caution. It has few high-rise buildings and its people have maintained the old ways in their daily living. And their heritage and history have been preserved.

Portugal’s population is only 11 million, but the number of tourist arrivals is burgeoning. The top drawers are not only the spectacular sights but also Fatima, where the Blessed Virgin Mary appeared to three shepherd children on the 13th day of six consecutive months in 1917, starting on May 13 until Oct. 13.

Fatima is now one of the world’s most famous Marian shrines. It has become a place of pilgrimage, worship, peace and hope.

It is this same hope that we must never lose in these challenging times.

Since the advent of the Industrial Revolution and the Age of Globalization, the world economies have been in a steady decline while stagflation—when “high inflation is combined with high unemployment and stagnant demand”—looms. War is being waged everywhere, and more Arab springs are in the making. Our natural resources are being depleted for the benefit of a few, and greed is constant in many.

Sadly, today we are still hesitant to accept that climate change is killing us all. This must stop. We must have faith that change can happen once we act collectively to save our planet. Our world leaders must act now or face the consequences. With the sorry state of our environment in the hands of global polluters and abusers, we are slowly reaching the point of no return.

We must get involved in volunteer activities to reforest, rehabilitate, conserve and preserve our fragile environment. While our faith in divine intervention remains, these activities all lead to the healing of our planet, our only home.