THE PLANET DESERVES TO SURVIVE 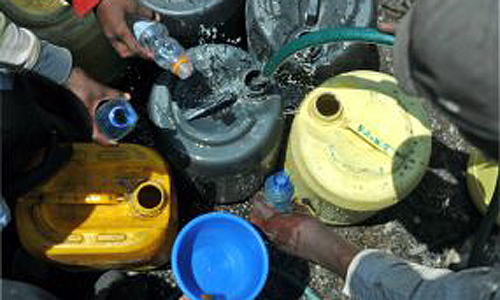 AS I write this, the Earth is entering a new phase of extinction.

Simon Stewart, former head of the Species Survival Commission of IUCN-The World conservation Union, said over BBC that over 400 vertebrates have gone extinct since 1900 and that the speed of extinction is 141 times faster than it was.

Frankly, I believe it is greater. We believe that species that have not been discovered have already gone extinct.

Many are adopting to the new climatic events of extreme heat, shortage of food and water, floods and droughts.

The Pope’s encyclical sends a very powerful message to the leaders of the world and for the over 1 billion Christians.

The Pontiff calls for the rich to change their lavish lifestyles and for them to stop the destruction of the planet and God’s creation.

He calls on all to combat climate change and protect God’s creation.

As I continue to put my thoughts in writing, the provinces up North are suffering from droughts as India and most of the world are experiencing the heat. No country is spared from the rise of temperatures.

The asphalted roads of India are melting. The Glaciers and Ice caps continue their decline. Our last source of water in the form of ice is melting into the sea.

And who is to care for the Polar bears? Their home is melting and they are mammals like us and will drown. It has been observed that for the first time Polar bears are feeding on dolphins, also a mammal and are storing their catch in the remaining ice.

The food and home of the Polar bears are disappearing and the eating and hunting slows as well.

In our case, our food yields have declined. The agricultural yields will go down here and so will all over the drought stricken areas of the world.

Water will be rationed and eventually be in short supply.

There will be increasing poverty and more Arab springs.

There will be wars for resources. Just look at China occupying our Spratly Islands. The Kalayaan Island group used to supply over 20 percent of Manila’s marine food needs. What about our fishermen?

This is our Land and we must defend it. Or are we not brave and sovereign enough?

Making it an International Marine sanctuary was our resolution during the Amman World Conservation Congress in 2000.

Let’s face it -- our planet has reached the tipping point.

We need to act now and make an impact.

Consume less. Go to renewables; get out of fossil fuels. Stop uncontrolled development and tourism.

And for crying out loud, let us enforce the total logging ban. Protect our oceans. Sequester carbon dioxide and adapt for there will be more droughts, floods and super typhoons.

There will be a rise of new diseases such as EBOLA to MERS and many more.

So let’s make a difference. Let’s survive in a clean and healthy environment.

THE PLANET HAS THE RIGHT TO SURVIVE AND IT IS OUR DUTY TO PROTECT HER.