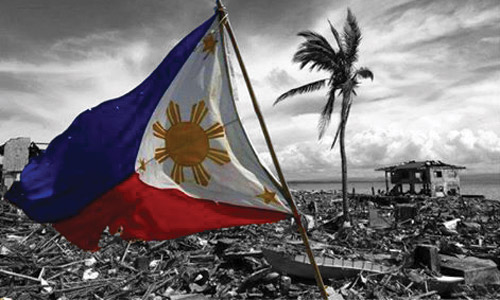 As I write this the APEC summit has just ended and the cry for climate change seems to be echoed by all.

We are happy that they did. Now that the COP 21 is just barely two weeks away and most have pledged to reduce emissions and to tackle the root cause of global warming. We hope that the COP 21 will take action as this may be our last chance. A new group of leaders will rise next year due to elections and we do not know if they will share the same opinion.

It is good to recall the Pope’s call in his encyclical and the strong words of President Obama as well. Recall also the droughts, the floods, the melting ice, the lack of water, the fires in Indonesia, the pollution levels in China and India as well as the many climatic disasters expected in this EL NIÑO year.

We do not have much time left.

Just remember super typhoons Yolanda, Sandy and Katrina and use your common sense. There are many solutions to combat climate change and are doable if we have the political will.

Those who pollute and do not mitigate should be considered criminals against humanity. Our seas are dying. Our coral reefs are bleaching. Our agriculture has lower yields. Food and water are in short supply. Our people and planet is suffering. Temperatures are rising exponentially.

Let’s change the development model to a clean and sustainable one. Let’s not male paper money and bottom line profits us indicators.

It is not a battle of the rich versus the poor. The have and have nots. The greed and lust for power must stop. It is a battle for survival of all. Our common home.

Now it is time to walk the talk.

I hope that these many pronouncements will not fall on empty ears and hearts. I hope that the parties will have enough courage to finally make a binding agreement to mitigate greenhouse gasses and restore atmospheric carbon dioxide back to 350ppm needed to sustain life in our common home and planet.

We have heard time and again, year after year and we have had nothing.

Many are calling for Climate justice while the glaciers continue to melt and the planet scourges with heat. Drought and famine as well as many Arab springs are sprouting. All these must be resolved but first let us save our planet our common home.

If they fail then they are to blame.

Just listen to the cry of the people and planet.

She has the right to survive. It’s common sense.