The Cop 21 That Fooled The World

AS I write this, the worst floods have engulfed the United States, More than 18 million Americans are affected and the people are urged to evacuate their homes.

Not even the most powerful country is spared by climate change. Yet, there are still skeptics. Imagine that. Perhaps this will convince them of the veracity of global warming and its reality? While in Northern England, the rains and floods have devastated their land. All these on the eve of a New Year. 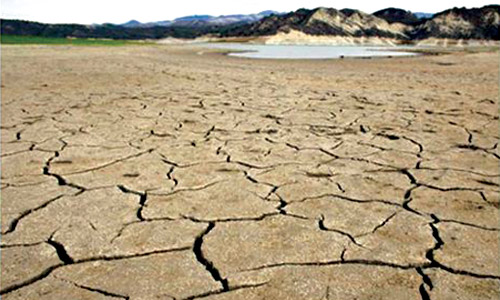 In other parts of the world, droughts, famine and diseases have spread.

The Ebola virus has plagued parts of Africa and is spreading fast. While our country and the Pacific rim are suffering from El Niño. Droughts and the shortage of water are prevalent. Worse is the fish kills as the oceans begin to warm up and it is expected that the Pacific fish catch will decrease drastically especially the sardines from Chile and South America.

While all these natural disasters are manifesting themselves, the COP 21 and the Paris Accord has just ended. It was hailed as historic accord without a date of affectivity for the reduction of greenhouse gases.

Frankly, I really don't know what they are so happy about. It was just like a Hollywood movie was all the parties were ecstatic and historic in the sense that after 21 years of negotiations, an accord was signed. Even Pope Francis said to implement it immediately.

I write this in Kyoto and here I see the natural and simple ways that the People of Kyoto live and work.

There is simplicity and natural order all over; A simple city with its old ways. No tall and massive development projects.

Speaking to a business student in Kyoto University, she told me that big is bad and small is the wave of the future.

I found that so enlightening and felt a ray of hope as the young are talking and paving the way for the future.

The old development model has destroyed the earth. It has done damage that no one thought possible. And yet they continue their business the usual ways.

What the COP 21 has done was to make the parties happy: An accord without teeth. I was surprised when I asked when it will be implemented and was told they don't know.

I found the answers so dubious and full of frail talk. 31-page of rubbish is what I think of the Accord. Paris was our last hope and nothing was done. It is a political arena and year for many countries.

China is blanketed by smog as well as India. And the United States is plagued by floods, storms and drought. Frankly, I don't understand what they are so happy about?
The situation today and the climatic changes are too much for any country to take. The small island states will sink as the glaciers continue to melt and the polluters continue to pollute.

Mark my words, viruses and diseases will increase and new ones will evolve. There will be a deluge of destruction as famine, poverty and Arab springs spread like wildfire.

Yes, we have seen the planet change and it will escalate for the worse. The war for food and resources will prevail and the world economy will continue to collapse.

The indigenous people will suffer as their lands will be no more. The Inuits will have nothing and yes the Arctic sea will be a big war arena like the Spratly islands. Our seas will continue to acidify and dead zones will increase until no more life in our vast oceans occurs. No more marine food, no more species and no more carbon sinks.

Have we not learned it has been 21 UNFCCC COP years?